SHACMAN headquartered in Xi’an, Shaanxi Province, has always been adhering to the business philosophy of “Win the world by virtue, leading service, and achieving the future with quality”. It takes “standards, integrity, development, and win-win” as the goal, with high quality Our products and excellent services create superior purchase value for customers, and we are committed to allowing customers to truly obtain the value experience of "SHACMAN Heavy Truck, Value for Money".

Renown with Virtues is the essence of our corporate culture. For everysingle employee, Virtue means to do correct things with his own initiative;for the leadership, it means to make the most of both internal and externalresources against a background of fierce market competition.

The unity of man and nature-Be honest and credit. Keep the word andaction conformed.Follow rules. Know how to use resources.Take everyadvantage of opportunity.Then realize the ultimate aim of striving for aharmony among people, society, corporate, environment and the nature. 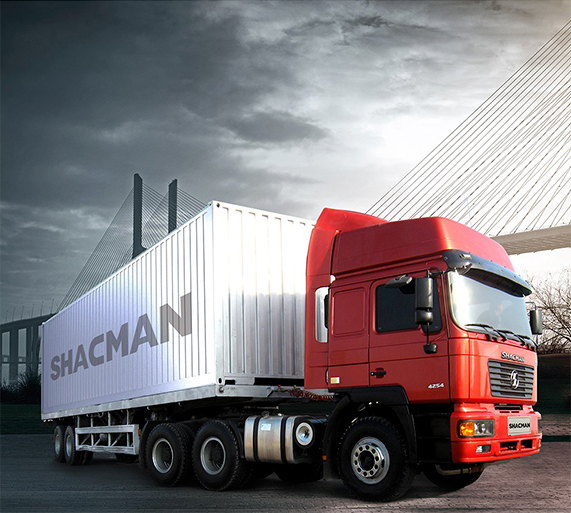 In 1997, the SX2190 off-road vehicle was awarded "Famous Brand Product of Machinery Industry".

In 1995, SHACMAN Plant was rated as a national star enterprise.

SHACMAN Group was awarded the National "Contract-honoring and Promise-keeping" Enterprise.

SHACMAN Group was awarded the National May 1st Labor Certificate by the All-China Federation of Trade Unions.

SHACMAN Trade Union was named the "Model Workers' Home" by the All-China Federation of Trade Unions.

SHACMAN Group was rated as "China's Most Influential Enterprise".

SHACMAN Group won the title of the first batch of export base enterprises for complete vehicles and parts in the country.

Shaanxi Heavy Duty Truck Co., Ltd. was promoted by the China Consumer Protection Foundation as a demonstration unit with assured quality and satisfactory service in the national market.

The selection results of the third "China's Best Brand Building Case" were announced. The SHACMAN case "published the "Blue Book of the Living Status of Chinese Truck Drivers"; launched the "Chinese Truck Drivers Festival" and won the contribution award;

Jia Qinglin, member of the Standing Committee of the Political Bureau of the CPC Central Committee and chairman of the CPPCC National Committee, inspected SHACMAN Group.

Meng Shaonong, Zhang Yupu, Fang Hongwei and others were on the honor list to commemorate the 30 years of reform and opening up in China’s auto industry.

SHACMAN Heavy Truck was selected as the only designated car in the 2009 National Super Truck Off-road Competition.

Li Keqiang, member of the Standing Committee of the Political Bureau of the CPC Central Committee and Vice Premier of the State Council, inspected SHACMAN Group.

SHACMAN Heavy Truck was once again selected as the only designated car in the 2010 National Super Truck Competition.

SHACMAN Group was recognized as a demonstration enterprise for the implementation of the national trademark strategy.

On July 16, Wen Jiabao, member of the Standing Committee of the Political Bureau of the CPC Central Committee and Premier of the State Council, inspected SHACMAN Group.

SHACMAN Group was awarded the advanced collective of ideological and political work in Shaanxi Province.

SHACMAN "Intimate Service" won the No. 1 brand in the heavy truck industry.

The SHACMAN Party Committee was awarded the honorary title of "National Pioneering Work Priority to Enter the Primary Party Organization".

On August 10, SHACMAN Holding Group was awarded the first "National Corporate Culture Demonstration Base" in the automotive industry.

The military product market and research and development have achieved good results. The special site developed for a certain type of weapon system won the first prize of the Ministry of Industry and Information Technology National Defense Science and Technology Progress Award.

SHACMAN has been among the top 30 Chinese enterprises and industries for ten consecutive years, ranking 12th.

On February 28, SHACMAN won the honorary title of "National Civilized Unit" for the third consecutive time.

In March, the first electrophoresis team of the frame factory was awarded the title of "Leifeng Team" in Shaanxi Province.

SHACMAN has been among the top 30 Chinese enterprises in the industry for 11 consecutive years, ranking 12th.

In May, Liu Dong, fitter of SHACMAN Holding Group, won the "National May 1st Labor Medal".

In August, Xi Xiaojun of SHACMAN Holding Group was awarded the first batch of "Three Qin Craftsmen" in Shaanxi Province.

In December, it was awarded the 2016 "Advanced Unit" in the military training of the Beijing Rocket Army Reserve Special Support Equipment Maintenance Brigade.

In November, SHACMAN successfully passed the review and won the honor of National Civilized Unit for four consecutive times. 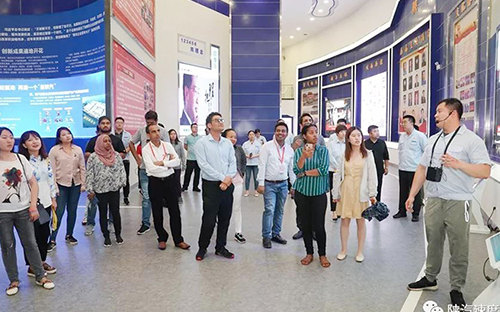 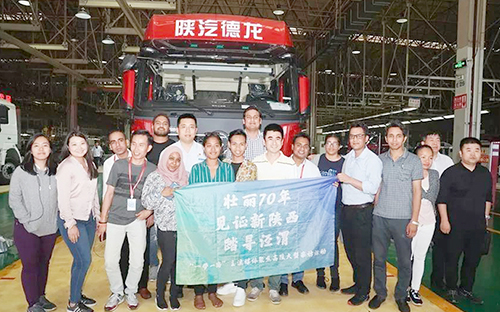 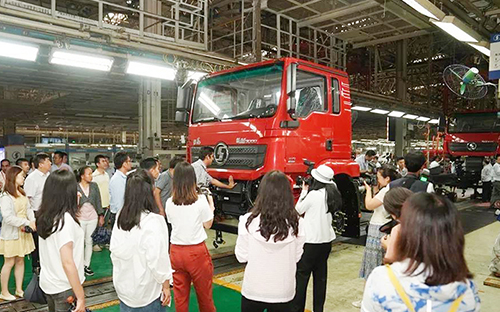 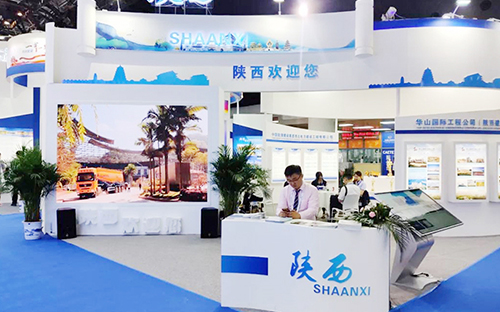 SHACMAN participated in the first China-Africa Economic and Trade Expo 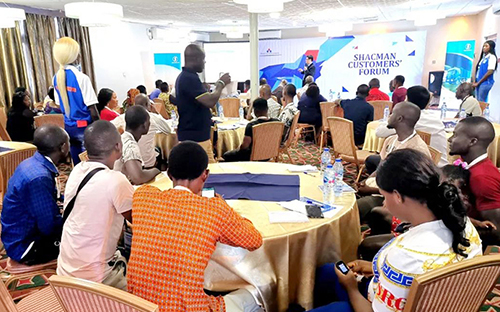 SHACMAN participated in the first China-Africa Economic and Trade Expo

Core Patent
SHACMAN has 1,397 authorized patents, ranking first among state-owned enterprises in Shaanxi Province. The ability to create, use, protect and manage intellectual property rights has been rapidly improved, and the core competitiveness of enterprises has increased significantly. 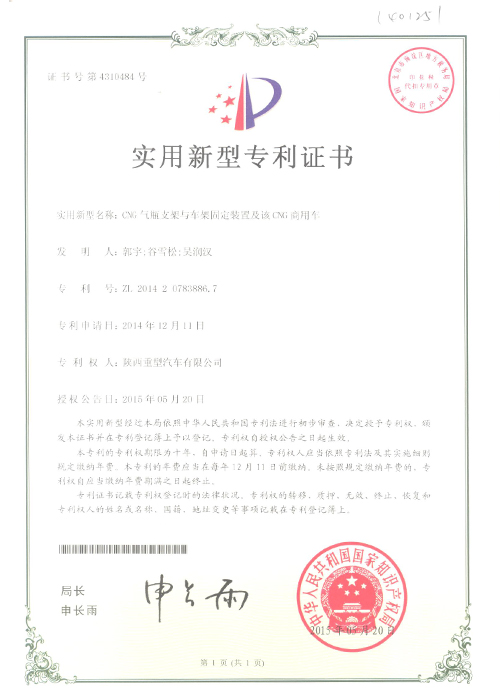 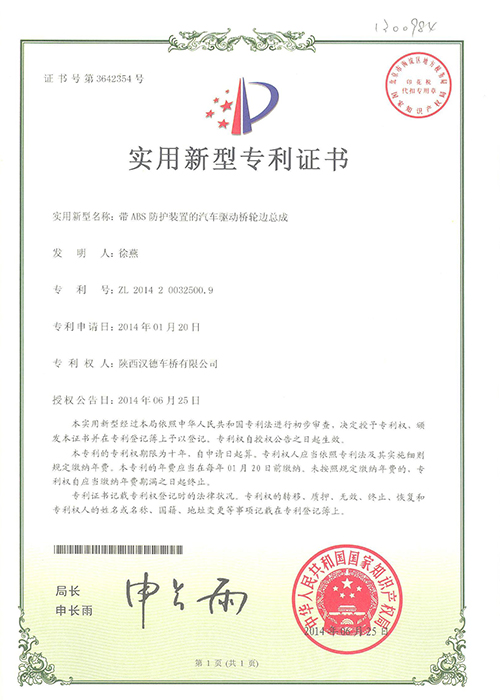 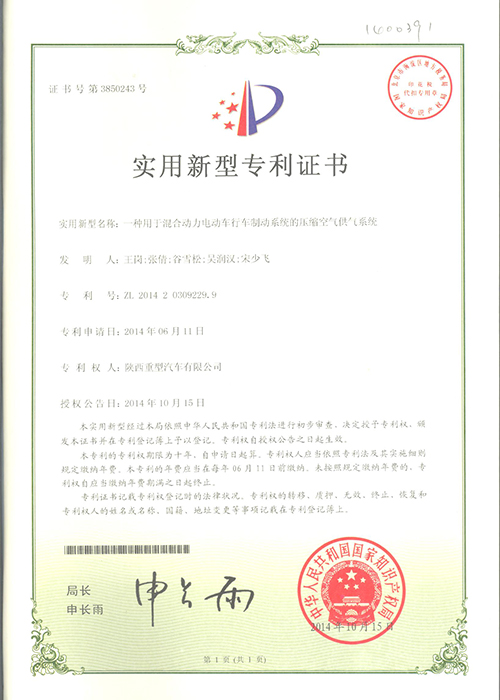 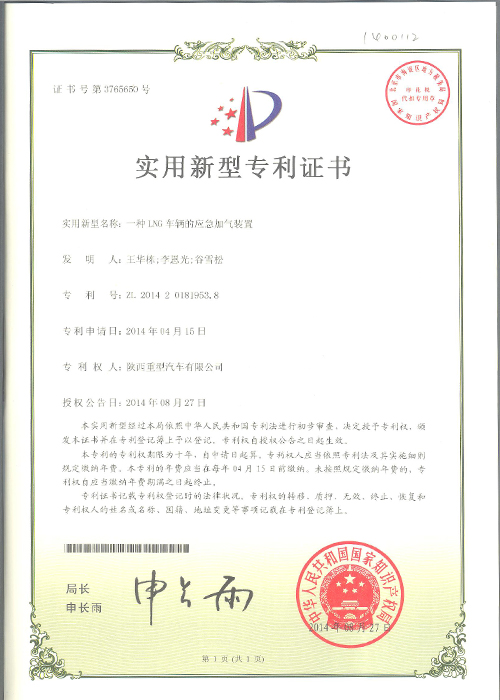 Customer Visit
SHACMAN is one of China's first export bases for complete vehicles and parts. 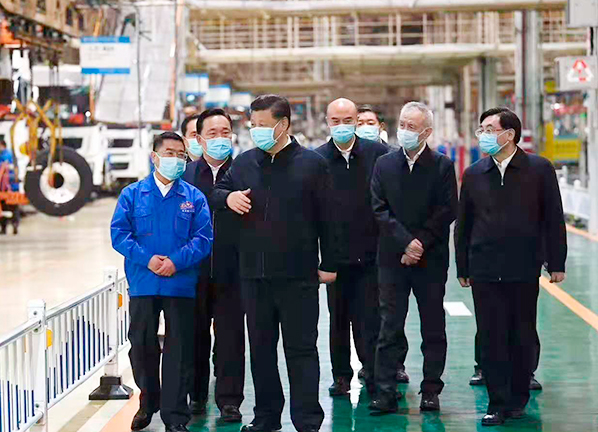 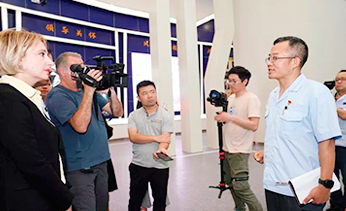 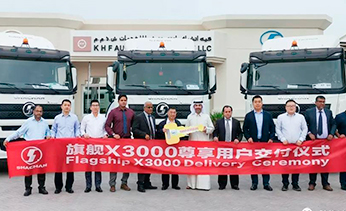 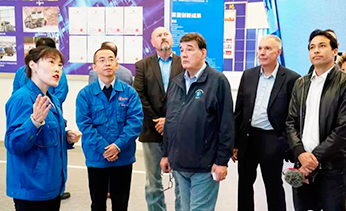 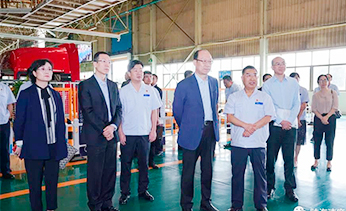